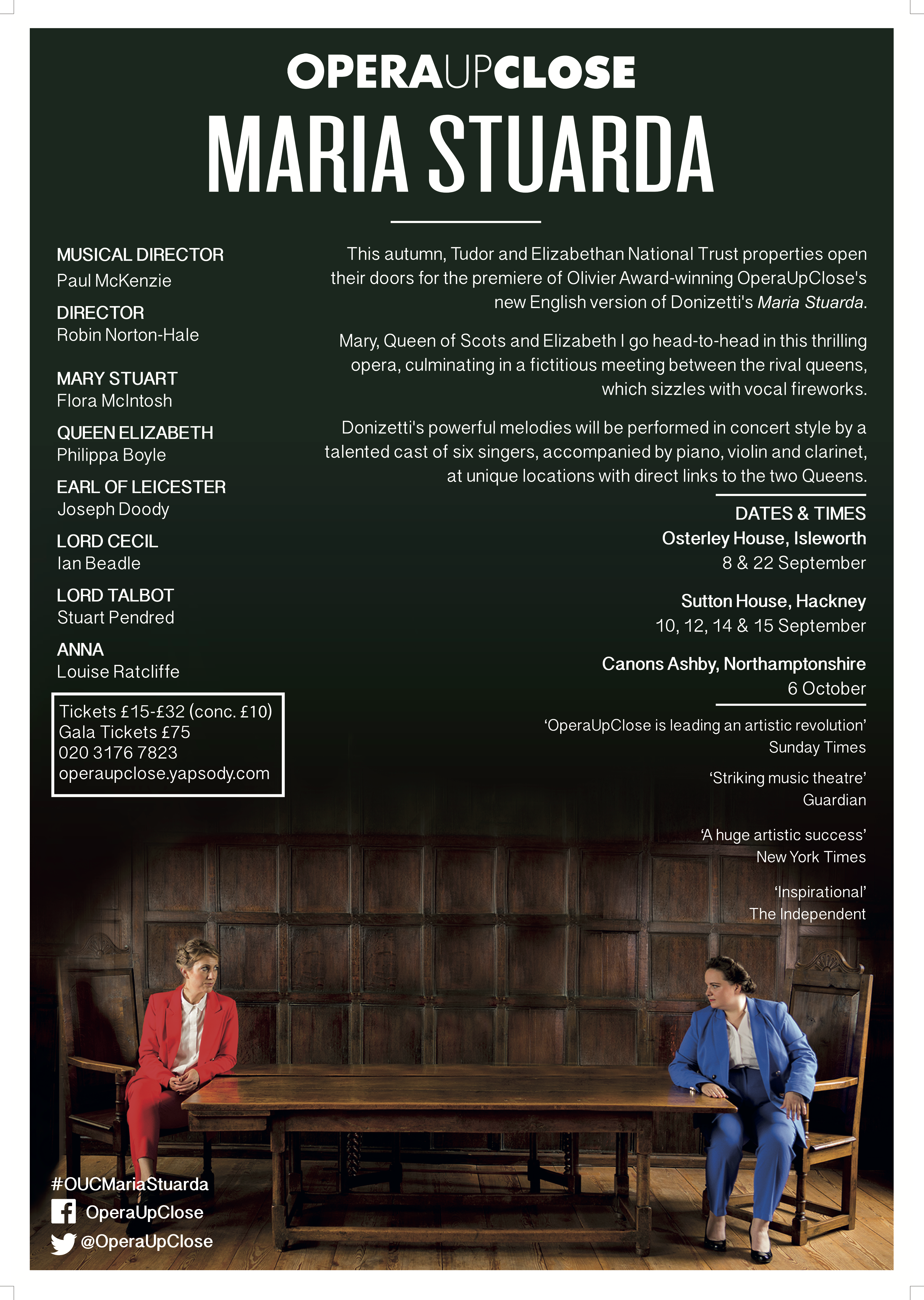 Mary, Queen of Scots and Queen Elizabeth I go head-to-head in this historical tragedy, culminating in a fictitious meeting between the rival queens, which sizzles with vocal fireworks. Political leaders jostling for position as battle-lines are drawn over questions of national sovereignty? We’ll leave you to draw any contemporary parallels…

Donizetti’s powerful melodies will be performed in concert style by a talented cast of six singers, accompanied by piano, woodwind and violin in Sutton House’s Wenlock Barn. Sutton House was built in 1535 by prominent courtier of Henry VIII, Sir Ralph Sadleir. The house retains much of the atmosphere of a Tudor home despite some alterations by later occupants, including a succession of merchants, Huguenot silkweavers, and 1980s squatters.

Tickets start from £21 (£10 concessions available, please call the Box Office on 020 3176 7823) and include entry to Sutton House from 6pm, giving you up to an hour and a half to wander freely around the glorious Tudor Manor and grab a drink from the bar in its charming courtyard location.

No performance on 11th and 13th September.